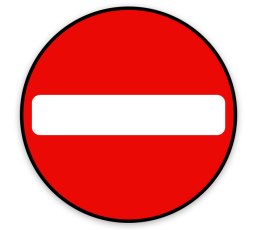 People were bringing little children to Jesus for him to place his hands on them, but the disciples rebuked them. When Jesus saw this, he was indignant. He said to them, “Let the little children come to me, and do not hinder them, for the kingdom of God belongs to such as these.  (Mark 10:13-14)

It was natural for Jewish parents to want their children to be blessed by a Rabbi, it was tradition that the child be blessed on or around their first birthday by a rabbi.  Here we have the parents trying to bring their babies to Jesus to be blessed, and the disciples trying to stop them.

The disciples were Jesus’ closest friends and helpers, we basically see them here acting as bouncers for Jesus.  They viewed the children as disruptive, and a distraction.

A theologian called George Macdonald once said that He doesn’t believe in a person’s Christianity if the children are never to be found playing in their churches.

The message for all of us is a simple one, there will always be people putting up obstacles, often it will be those inside the church like the disciples who think they are doing the right thing but are in fact just putting up obstacles, obstacles that will get in the way of children and people coming to Jesus, obstacles that make the church and Christianity look like a stern, serious and gloomy place rather than how Jesus wants His church to be.  Jesus wants His church to be open to all, obstruction free, a place where children can play games and be not be considered disruptive.

Jesus doesn’t need us to act as His bouncers, He wants everyone to come to Him unhindered.  Tear down the barriers that stop or slow people coming to Jesus.